Petr Kopl is one of the most prolific and most experienced commercial comic creators in Europe. Petr’s “Scandal In Bohemia” Sherlock Holmes won the Comic Book of the Year Award in his native Czech Republic, and Peter’s comics have been translated into several languages. Petr also organises educational programs, workshops and lectures around the world. This book was successfully tested in workshops in Egypt for example. In this sketchbook, he shares his experience, methods and tricks he uses in his own comic books. This is a complete guidebook for cartoonists and scriptwriters.

The sketchbook includes procedures and instructions on how to create your own hero and many other characters step by step. You will discover the rules of comics and various character archetypes. You will find out how body language works and why it never rains in the hero’s face. You will learn how to draw bubbles and sounds, and how to create a story and write a script. You will gain basic knowledge about publishing comic books and valuable advice regarding negotiating with publishers, and much more. The book includes several tasks to practice your cartooning skills. The book covers the step by step of creating a comic book including: 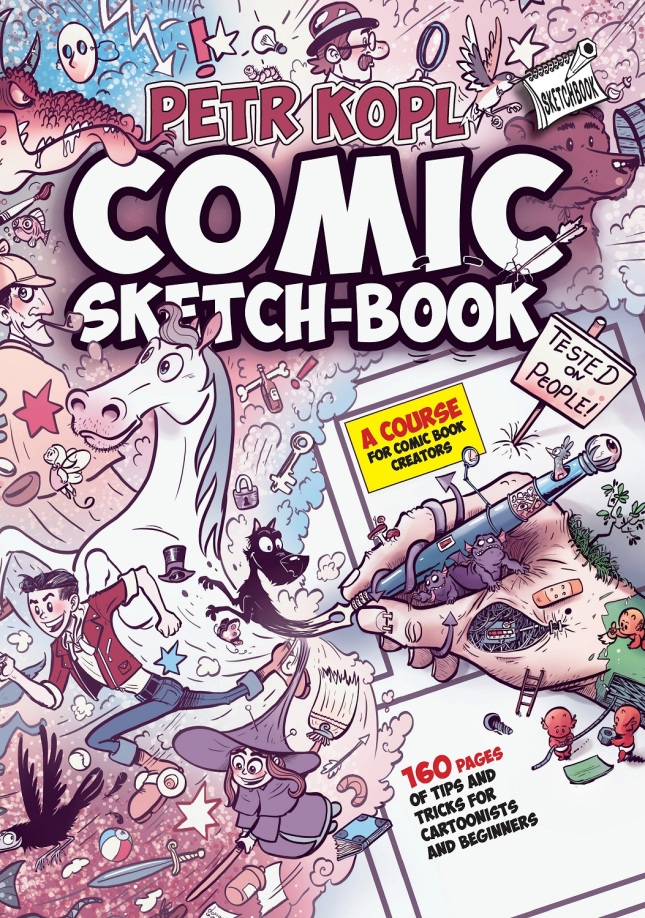