Cart 0
”With eloquent, refined, and precise prose, this novel calls forth the ethos of the time and the nature of Sherlock’s mind. In A.S. Croyle’s The Bird and The Buddha, a young Sherlock Holmes stalks a serial killer with the aid of a lovely young doctor whose need to solve the mystery is almost as great as her passion for the romance-averse detective. In this, the second book in Croyle’s Sir Arthur Conan Doyle-inspired Before Watson series, questions arise that threaten to lead the sleuthing pair to some unsettling conclusions: is the killer someone whose goal is to end suffering, or are the murders just cleverly disguised to look that way? And why are a small Buddha and a dead bird always left at the scene? As Sherlock and the doctor investigate the case, and their feelings for each other, the trail leads them frighteningly close to home. Croyle’s graphic evocations of gritty, rough, late-1800s London and her portrayal of the quirky, indomitabledetective as he may have been at the beginning of his career, well before he met up with Dr. Watson, are sure toplease fans of Sir Arthur’s tales. Told in the voice of Dr. Priscilla “Poppy” Stamford, whose intellect, desire, andcourage led her to break with convention and follow her dream to become a medical doctor, the tale reveals how hermeasured, deliberate, and purposeful life became chaotic when she met Sherlock Holmes. Poppy’s attraction toyoung Sherlock was immediate, deep, and confusing. The young man possessed an astounding intellect and waslogical to a fault; disdainful of love, he could be warm, but rarely intimate. Despite the fact that he admitted to thefeelings she aroused in him, she came to see that he was unable to commit to another human being. This novel satisfies on all levels; written in eloquent, refined, and precise prose, it calls forth the ethos of thetime and the nature of Sherlock’s mind, even as it is also able to portray Poppy’s more emotional nature and tosuccessfully carry the rising tension of the chase to find the killer before the wrong man is condemned. In unraveling the convoluted case, Croyle introduces the methods of crime detection of the era; the rough lives of workers and thepoor; the sorry state of British medical practice; the history of hospitals whose work dates back to the twelfth century;the place of women in society; the Buddha’s teachings on suffering; attitudes toward euthanasia, and more. The storyis further enhanced by the inclusion of famous persons of the time, including the flamboyant Oscar Wilde and thesensitive, exotic Rabindranath Tagore. Croyle’s plot is well-developed, and her powerful imagery is authentic to the era. The mystery unfolds with effective and appropriate pacing, and her sensitive character development illuminates the difficulties that arise when two well-matched intellects try to reconcile the feelings they have for each other with their very different world views.The result is a rich and satisfying reading experience that never ceases to be entertaining.” Reviewed by KRISTINE MORRIS,  Foreword Reviews  The Bird and The Buddha - A Before Watson Novel - Book Two is available from all good bookstores including  Amazon USA, Amazon UK and for free shipping worldwide Book Depository. 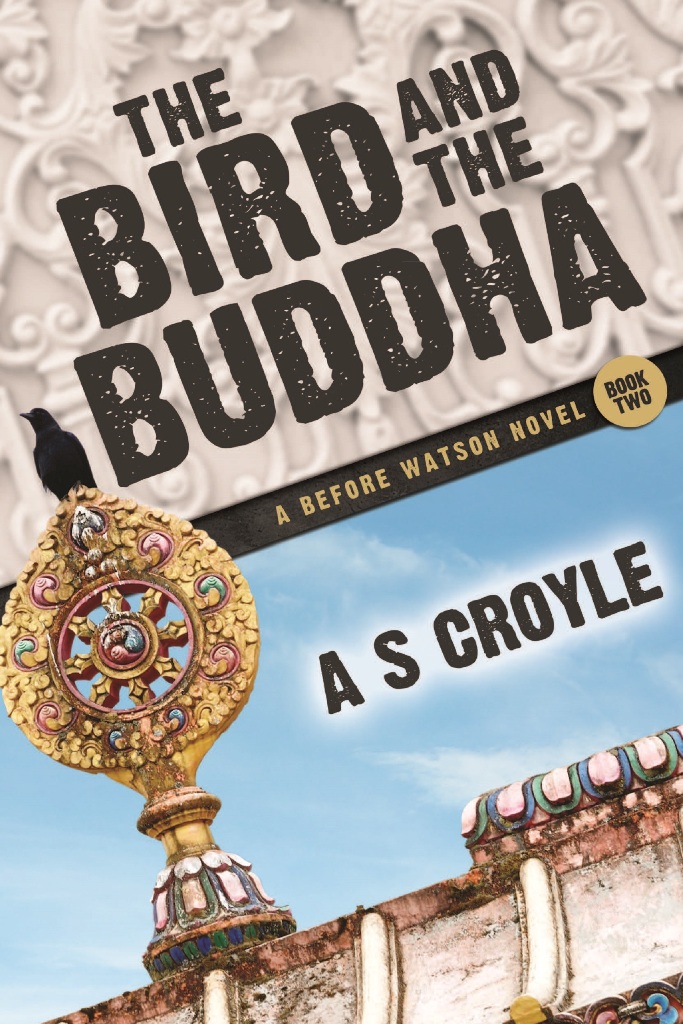 What crimes appear in the Sherlock Holmes stories?
November 19, 2020